Skip to content
What are we going to see here??
1 What is Paxil?
1.1 Presentations:
1.1.1 Paxil®
1.1.2 Paxil CR®
2 How long does Paxil take to work for anxiety?
3 What are the most common side effects of Paxil?
4 How long can you take Paxil?
5 How will Paxil make me feel?
6 Paxil withdrawal symptoms
7 Benefits of quitting Paxil
8 How long do antidepressants like Paxil withdrawal symptoms last?
9 Home remedies for Paxil withdrawal
9.1 Being active
9.2 Get social support from friends and your doctor
9.3 Relaxation techniques
9.4 Diet
9.5 Mindfulness
9.6 Take your time
10 Other withdrawal symptoms relief methods
11 Interaction of Paxil with other medications
12 Facts About Paxil

In depression, it is believed that there is an imbalance in neurotransmitters production, regulation, breakdown and use.

In addition to anxiety disorders and depression, Paxil is also prescribed for a severe form of premenstrual syndrome (premenstrual dysphoric disorder).

How long does Paxil take to work for anxiety?

Paxil improves sleep, energy and appetite within 1-2 weeks. These should be reinforcements for you to continue taking Paxil.

For anxiety, SSRIs take about 4-6 weeks to work. For
anxiety however, having improvements in sleep, energy and appetite is how to tell if Paxil is working.

For depression and lack of interest in doing activities,
Paxil takes an average of 6-8 weeks for improvements to be seen.

It may take several months before the full effects of Paxil are felt. However, even if people respond differently to SSRIs, if no improvement is felt within 6-8 weeks then consult your doctor. The doctor may change the anxiety/ depression regimen with another medication. The doctor may also increase the dose of Paxil that you are taking.

What are the most common side effects of Paxil?

Most of the SSRIs have similar side effects. The most common side effects of Paxil include:

Most of these side effects go away after taking Paxil for a few weeks. Buspirone can be augmented with SSRIs to reduce the side effects especially the sexual problems.

In some people, use of antidepressants like Paxil may lead to suicidal thoughts especially in children and adolescents. This is a serious side effect and a doctor should be consulted immediately.

In addition to suicidal thoughts, use of Paxil may also lead to serious side effects including:

How long can you take Paxil?

Antidepressants will take at least a year before full benefits for depression and anxiety disorders are felt. For this reason, Paxil should be taken until you get relief and after that for as long as you feel it is necessary.

See also  The best exercise for anxiety and depression

However, you should make serious considerations before deciding on whether to quit taking Paxil or not. Considerations include the severity of symptoms, duration between appearance of the symptoms, side effects that you feel while taking Paxil and how well Paxil works for you.

This should always be advised by your psychiatrist and the symptoms of anxiety disorders that you have currently. A doctor will give a Paxil treatment plan to ensure you get the full benefits.

Up to now, research has not uncovered any problems to prevent the long-term use of Paxil (paroxetine). This is however true if you are taking the medication as directed by your doctor.

For people quitting Paxil and they still have anxiety symptoms, it is recommended that they seek alternative therapy. Such therapies may include psychotherapy.

Psychotherapy, or the talk therapy, reduces the chances of relapse in anxiety and depression according to recent
studies.

How will Paxil make me feel?

In a few weeks, antidepressants like Paxil helps to improve your mood. The results are better sleep, less anxiety, increased energy and appetite.

These results however in most people do not occur immediately. The short-term effects of taking Paxil is that it may make the conditions worse.

Due to this reason, it is important to understand that it takes some time before the full benefits of Paxil are felt.

Paxil does not change the personality of an individual. It also does not make you excessively happy or euphoric. The result is that it makes you feel whole again after the results start kicking in.

Withdrawal of Paxil and other antidepressants come with effects in the body. This is because the use of Paxil alters the levels of neurotransmitter Serotonin in the body.

Paxil is not addictive even though in the long-term use, certain doses of the SSRI may become ineffective. Withdrawal of Paxil should be done gradually with progressive reduction in doses to prevent serious withdrawal
symptoms. This should be done by following the advice from your doctor.

Paxil, having one of the shortest half lives for a SSRI at 4.4 days is one that has more worrying symptoms. During the withdrawal process, it may be replaced by a longer acting SSRI or by a slow release capsule formation. Therefore, Paxil may be replaced by fluoxetine which has less symptoms.

Suicidal thoughts, according to several studies increase in people who stop taking antidepressants. If you feel any suicidal thoughts kindly talk to your doctor.

Any drastic change from the new adapted level of neurotransmitter is uncomfortable to your body. The change may be due to withdrawal of the antidepressant or a sudden increase in dosage.

Therefore, one of the benefits of quitting Paxil is prevention of withdrawal symptoms of Paxil. The effects of withdrawal can feel like the actual condition that was being treated like depression and anxiety disorders.

It also reduces the risk of a certain dose of SRI not working necessitating an increase in dosage or combining an SRI with another medication.

Therefore, because of the benefits of quitting Paxil above, people will always wonder ‘how long do antidepressants like Paxil withdrawal last?’

How long do antidepressants like Paxil withdrawal symptoms last?

The severity and duration of withdrawal symptoms of Paxil vary from individual to individual. The symptoms also depend on:

The Paxil withdrawal symptoms start within 24-48 hours after stopping taking the medication or reducing the dose. The full effects of the withdrawal are felt after 4- 5 days.

The withdrawal symptoms in most people reduce markedly or cease after around 2- 3 weeks. Some new studies show that paroxetine withdrawal effects in the brain may take up to 90 days to return to non-Paxil levels.

Also, discontinuation symptoms reduce in severity or cease when the body readjusts to the lower dose or not taking the medication, but depression and anxiety disorder symptoms do not.

For the 90 days, the psychiatrist and the patient should look out for symptom changes. This is because some symptoms like suicidal thought may have devastating effects.

It should be noted that anxiety disorder/ depression relapse symptoms may also re-occur after reducing the dosage or discontinuation of Paxil. These symptoms occur gradually but should be monitored closely. If the symptoms last for more than a month or are worsening, it would be wise to consult your doctor to check whether there is a relapse.

Withdrawal of Paxil can cause withdrawal symptoms. The withdrawal should be done in a progressive manner. The following are the natural/ home remedies for antidepressant like Paxil withdrawal:

Being active helps to distract your brain from the withdrawal symptoms. This can be done by having something to do and trying not to stay idle. If you have no work, it’s also important to volunteer.

Being active has both anti-anxiety and antidepressant effect. For people who exercise at least 3 times a week, chances of relapse of
depression and anxiety disorders are reduced.

Exercise increases availability of serotonin to bind with receptors. This ensures a more balanced serotonin levels in the brain almost sustaining the levels available when the SSRIs are in use. Exercise also helps to normalize the body’s metabolism and reduce cortisol(stress hormone) levels.

Get social support from friends and your doctor

There are some withdrawal symptoms that can either cause conflicts or worse effects like suicide. Informing your close friends, family and being in constant communication with your doctor can really help in mitigating the effects.

Also, since the risk of suicide is increased, it is good to have your friends on the lookout to support you incase you get suicidal thoughts.

It is also important to be able to paint a picture of a calm relaxing place in your mind. Thus, when the mood changes due to withdrawal you can calm the brain with the picture.

See also  Can Nausea be Caused by Anxiety? And how to stop throwing up from Anxiety

A balanced meal is always recommended in this period to enable the body to perform all the functions optimally. The meal should have carbohydrates from whole grains, proteins, vitamins, fats, minerals and vitamins. It is also important to take a lot of water.

Green leafy vegetables will enable the gut to be colonized by healthy bacteria that might have been cleared by the antidepressants. This way the gut lining will be healed thus reducing anxiety.

Also, it is important to know that with management methods described here the symptoms can be reduced in severity and frequency.

In order to succeed in quitting Paxil intake, it is important to know that it will take time. The time for progressive reduction of the dose is very important.

The time will help you adapt to life without antidepressants while also helping you to finetune ways on how to cope incase of symptoms of withdrawal or anxiety disorder symptoms.

In addition to the natural remedies for antidepressant withdrawal discussed above you may consider other remedies below:

Interaction of Paxil with other medications

There are some drugs including herbal medications that may affect the action of Paroxetine or potentiate the side effects. It is important to notify your doctor when you are taking the following drugs:

The following are important facts about Paxil. 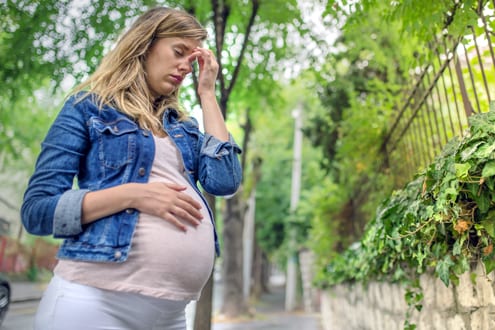 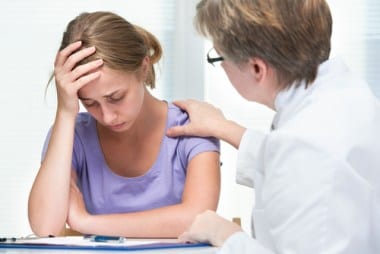 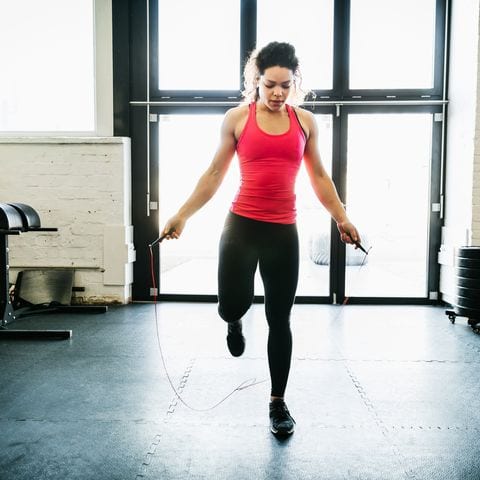 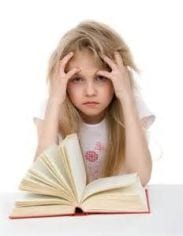 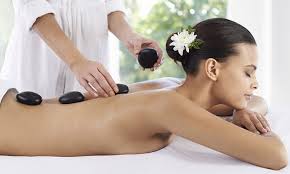 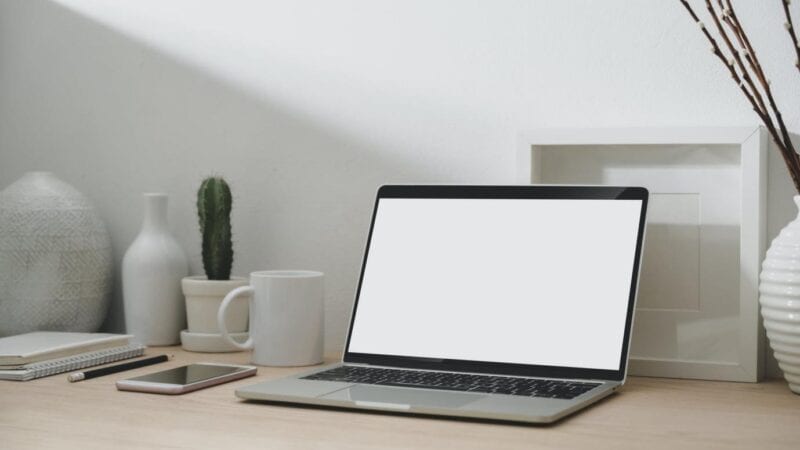 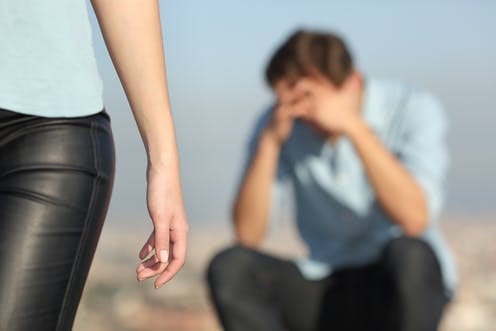 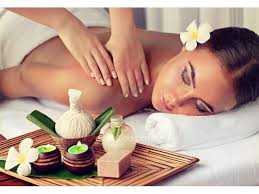